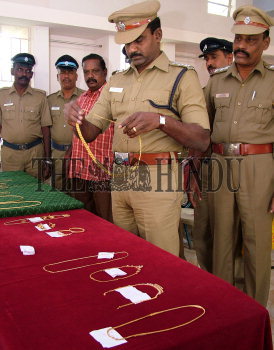 Caption : A police official on December 17, 2005, examining stolen jewellery recovered from a key accused, involved in a series of house breaking cases in the suburbs of Coimbatore, which was on display at the police station. Photo: S. Siva Saravanan