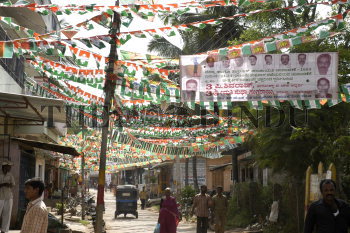 Caption : Preparations and campaign for the Zilla and taluk panchayat elections are in full swing as seen from the buntings all over at Byadrahalli, Magadi Main road in Bangalore on December 14, 2005. Photo: K. Gopinathan