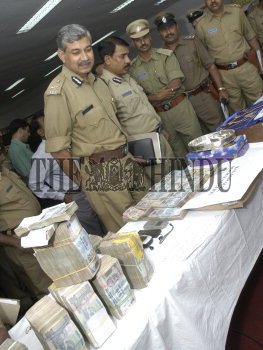 Caption : Police Commissioner, Ajaykumar Singh, along with his officials going through the property parade were lakhs of rupees worth property recovered was on display at the Police Commissioner's office in Bangalore on December 09, 2005. Photo: K. Gopinathan