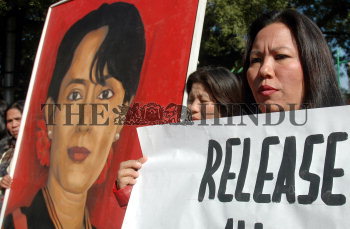 Caption : Burmese organised demonstration at Jantar Mantar in New Delhi on December 05, 2005, in protest against the National Convention in Myanmar and demending the release of Aung San Suu Kyi. Photo: Sandeep Saxena