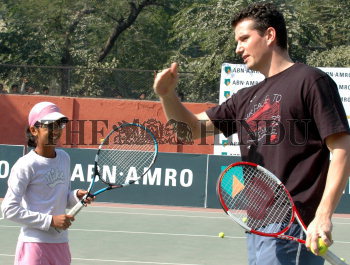 Caption : Former Wimbledon Champion Richard Krajicek an interaction session with budding players on the eve of the ABN AMRO Tennis Challenge at at the DLTA courts in New Delhi on December 03, 2005. Photo: Rajeev Bhatt