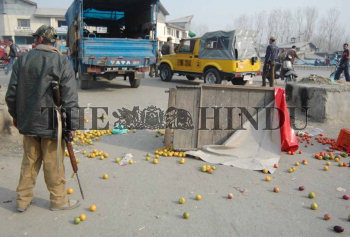 Caption : A CRPF jawan walks near the grenade blast site at Batmaloo in Srinagar on November 21, 2005. Four CRPF jawans were injured in the blast. Photo: Nissar Ahmad