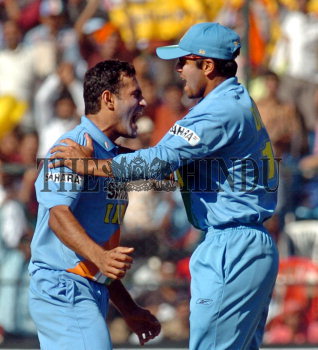 Caption : Indian bowler Irfan Pathan celebrates with captain Rahul Dravid after his taking the wicket of Jacques Kallis in the second one day international cricket match between India and South Africa at the Chinnaswamy Stadium in Bangalore on November 19, 2005. Photo: S. Subramanium