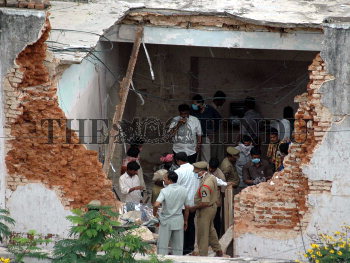 Caption : The City Police Commissioner's Task Force office on October 13, 2005 where the suicide bomber blew himself up on October 12, 2005 night killing himself and a home guard in Hyderabad. Photo: Mohammed Yousuf