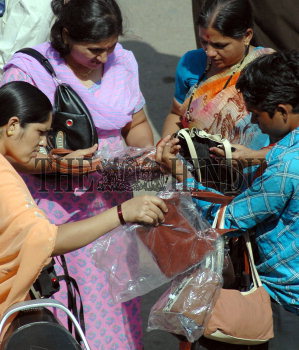 Caption : Life around the historical Charminar in Hyderabad. The citizens in the crowded by-lanes and streets near Pathergatti, Madina building and Charminar which are chock a block with activity, especially during the Ramzan month, which this year will coincide with the Dasara festival of the Hindus. This part of the city is known as its financial hub, since the business done here is twice as much as any other area, even in the newer regions. Photo: Mohammed Yousuf 10-10-2005