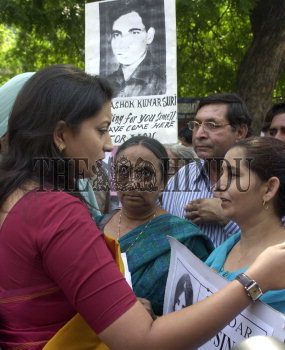 Caption : TV actress Smriti Irani, along with the family members of the POWs of 1971 at a peaceful march to demand the prisoners' early release from Pakistani jails, in New Delhi on October 2, 2005. Photo: Rajeev Bhatt