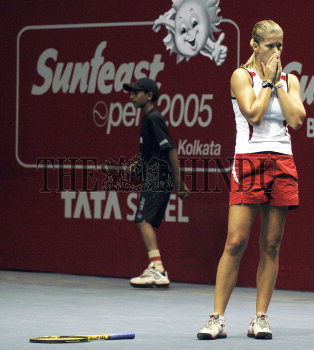 Caption : Melinda Czink of Hungary after lost the match against Karolina Sprem of Croatia, reacts during the quarterfinals of the women's Sunfeast WTA Open tennis tournament at the Netaji Indoor Stadium in Kolkata on September 23, 2005. Photo: Sushanta Patronohish