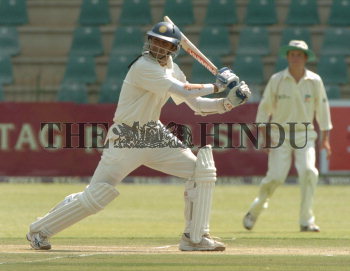 Caption : Indian batsman Rahul Dravid looks on after playing a shot during his knock of 98 runs in the second and final cricket Test match between India and Zimbabwe at the Harare Sports Club in Zimbabwe on September 21, 2005. Photo: V. V. Krishnan