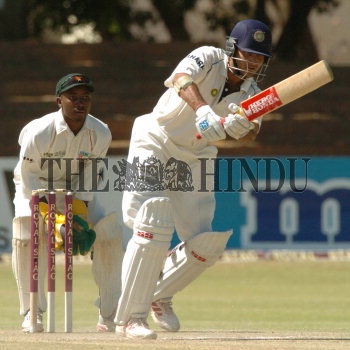 Caption : Indian batsman Sourav Ganguly in action, watched by wicketkeeper Tatenda Taibu, during the first cricket Test match between India and Zimbabwe at the Queen's Sports Club in Bulawayo, Zimbabwe on September 15, 2005. During his century knock, he completed 5000 runs in Test cricket. Photo: V.V. Krishnan