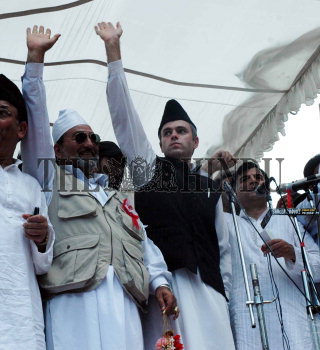 Caption : The National Conference (NC) president and MP, Omar Abdullah, along with other leaders at a rally organised to commemorate the NC founder Sheikh Mohammad Abdullah's 23rd death anniversary, in Srinagar on September 8, 2005. Photo: Nissar Ahmad