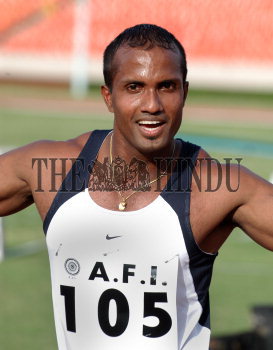 Caption : Anil Kumar of Services celebrates after setting a National record in the men's 100m event in the fourth National circuit meet at the Jawaharlal Nehru Stadium in New Delhi on August 24, 2005. Photo: Rajeev Bhatt