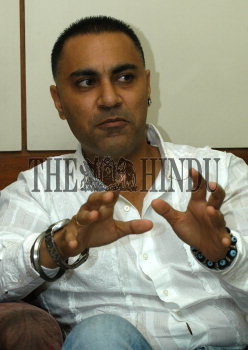 Caption : Rap singing was made popular by Baba Sehgal and after him so many come and went but the name Rap is somehow had a special meaning when it was sung by Baba Sehgal,who is at a press conference in New Delhi on August 25, 2005. Photo: Shanker Chakravarty