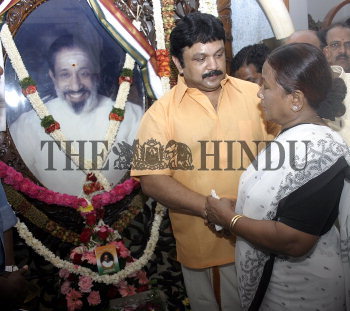 Caption : Film actress Manorama paying homage to the late Shivaji Ganesan on his fourth death anniversary at his residence in Chennai on July 21, 2005, Prabu, his son and cine actor looks on. Photo : M. Vedhan