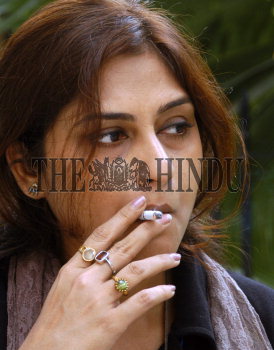 Caption : Actress and film producer Rupa Ganguli, smoking a cigarette during an interaction with the press at the OSIAN's Cine Fan 2005, the Asian film festival, in New Delhi on July 18, 2005. Photo: Rajeev Bhatt