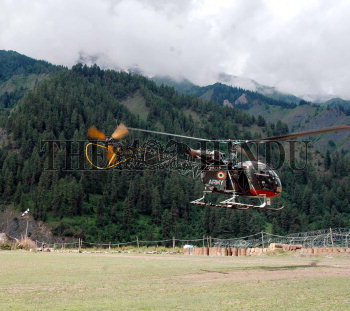 Caption : Army Helicopters rush towards the encounter spot at Guraz sector near the Line of Control ( LOC ) 190kms of North of Kashmir on July 15, 2005 Army officals said that nine militants were killed who infiltrated from other side of LoC. The three days operation is going on. Photo: Nissar Ahmad