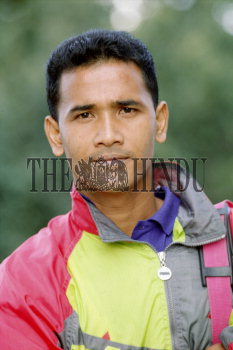 Caption : Abdul Hadi of Malaysian hockey team on his way to a practice session during the Inter Continental Cup hockey tournament at Poznan, Poland, on August 29, 1993. Photo: Vino John