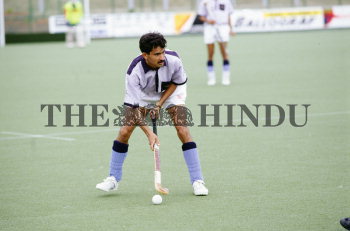 Caption : Indian player Sanjay Bisht about to hit the ball during the men's hockey match against South Africa in the Inter Continental Cup 1993 at Poznan, Poland, on August 21, 1993. Photo: Vino John