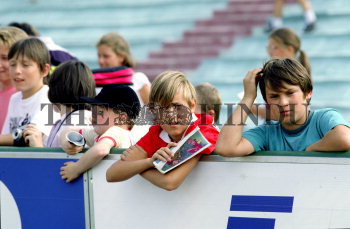 Caption : Polish children watching the training session of players (not in pic) before the men's hockey match between Argentina and India at the Poznan Hockey Stadium in the Inter Continental Cup 1993 in Poznan, Poland, on August 20, 1993. Photo: Vino John