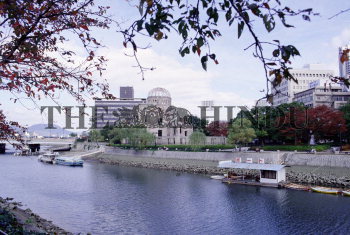 Caption : A view of the bombed school building, which is still kept intact, taken from across the river in Hiroshima, Japan. The city was bombed by Americans during the World War II. Photo: Vino John (15-11-1993)