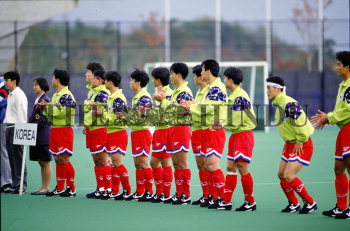 Caption : Members of the Korean hockey team clap their hands as they line up before the start of the men's hockey final between India and Korea at the Asia Cup 1993 in Hiroshima, Japan on November 14, 1993. Photo: Vino John