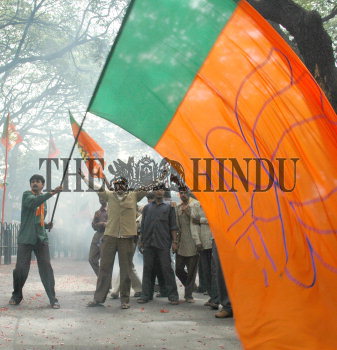 Caption : Karnataka Bharatiya Janata Party (BJP) workers at a rally organised by the Party in Bangalore on July 6, 2005 condemning the terrorist attack on the disputed Ramjanmabhoomi SITE in Ayodhya on July 5 and the UPA Government's security lapse in the area. Photo: K. Murali Kumar