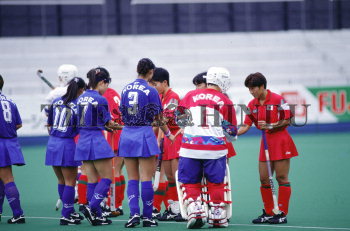 Caption : Korean players shake hands with Chinese players before the start of their title clash in the women's hockey final at the Asia Cup 1993 in Hiroshima, Japan on November 14, 1993. Photo: Vino John