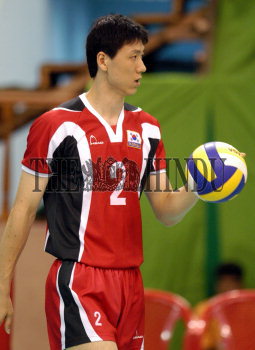 Caption : Korea's In-Seok SONG prepares to serve during the match against Australia in the World senior men volleyball championship qualifier in the second phase at the Nehru Indoor stadium in Chennai on July 1, 2005. Photo: Vino John