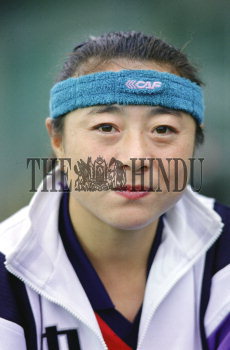 Caption : A bust picture of Cai Donghong of Chinese women's hockey team taken during a practice session before their match against Japan in the Asia Cup 1993 in Hiroshima, Japan on November 9, 1993. Photo: Vino John