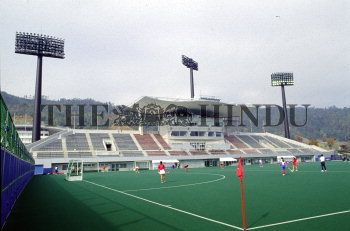 Caption : Women hockey players in action during a practice session at the Hiroshima hockey stadium in Japan on November 4, 1993. The Asia Cup hockey championship is to be held here from November 5 to 14, 1993. Photo: Vino John