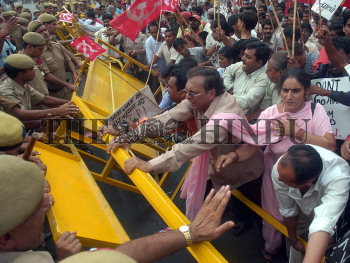 Caption : Activists of Left Parties are blocking road traffic at ITO Crossing, during the protest demonstration against petrol and diesel price HIKE announced by the Union Government in New Delhi on June 28, 2005. Photo: R. V. Moorthy