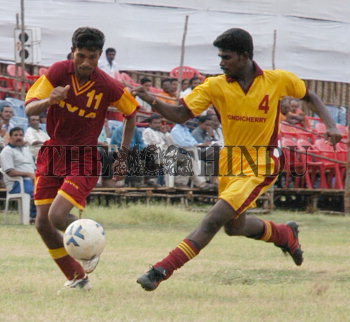 Caption : Pondicherry's RAJASEKAR and Karnataka's W. Aravind (left) battle for the control of the ball in the inaugural match of the South Zone National under-21 football championship in Tiruchi on May 29, 2005. Photo: M. Moorthy