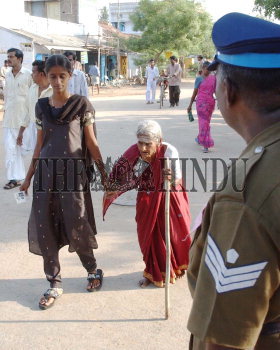 Caption : Large number of men and women turned out to vote in Kancheepuram by election on May 14, 2005. An old woman is beign helped by a relative to come to the polling station near the Collectorate to cast her vote. Photo: S.R. Raghunathan.