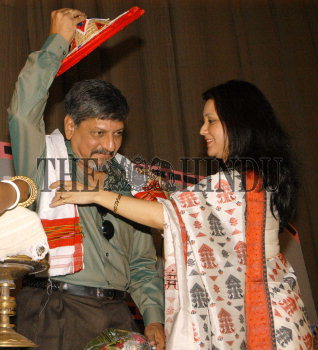 Caption : Noted Bollywood film actor, producer and director, Amol PALEKAR being welcomed by Assamese actress, Bobita Sarma at the inaugural function of the International Filmfest 2005 held in Guwahati on May 5, 2005. The festival was organised by the Assam State Film (Finance