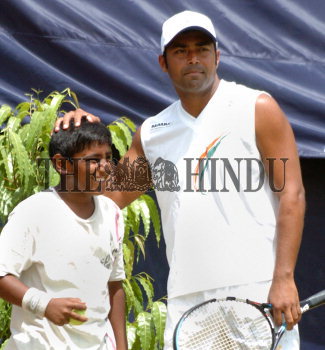 Caption : Indian captain Leander Paes gestures to the ball boy during practice session on the eve of the Davis Cup Asia - Oceania Group I second round at the Jai Club in Jaipur on April 27, 2005. Photo: Rajeev Bhatt