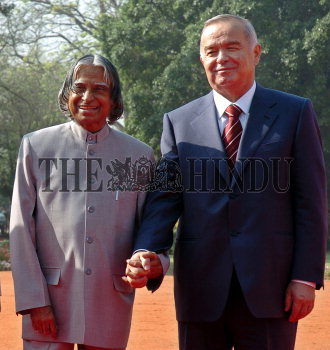 Caption : President of Uzbekistan Islam A Karimov with President A.P.J.Abdul Kalam during the ceremonial reception at Rashtrapati Bhawan in New Delhi on April 05, 2005. Photo: S. Subramanium