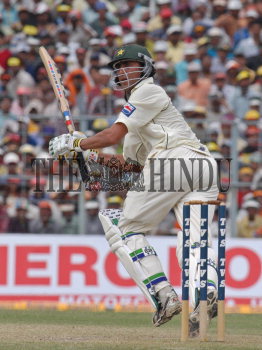 Caption : Pakistan batsman Younis Khan in action duing his century knock on the second day of the second cricket Test match between India and Pakistan at the Eden Garden Stadium in Kolkata on March 17, 2005. Photo: S. Subramanium