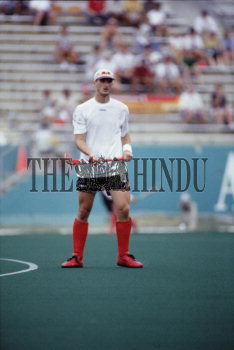 Caption : German hockey player Patrick Bellenbaum looks on during a practice session before the start of the men's hockey match between Germany and India at the Atlanta Olympics on July 23, 1996. Photo: Vino John