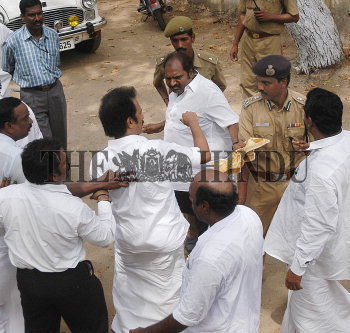 Caption : M.K. Stalin, deputy general secretary, DMK, having a fist fight with a police officer at Chinthadripet Police station, after their formal release in Chennai on March 09, 2005. Photo: Vino John.