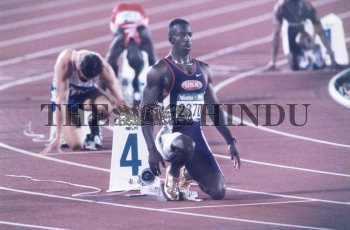 Caption : United States athlete Michael Johnson seen at lane four before the start of the men's 400 metres event at the Atlanta Olympics on July 30, 1996. He won the gold medal in the race with a new Olympic Record. Photo: Vino John