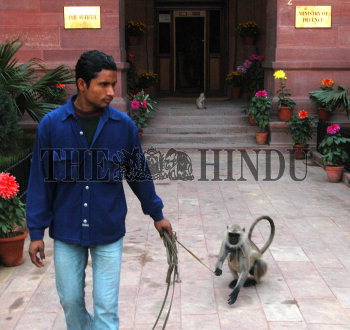 Caption : A trained langur being brought to scare away monkeys at the army headquarters, South Block in New Delhi on January 31, 2005. The langur has been employed by various government departments to keep away monkeys, which have been creating a nuisance in their premises. Photo: Shanker Chakravarty