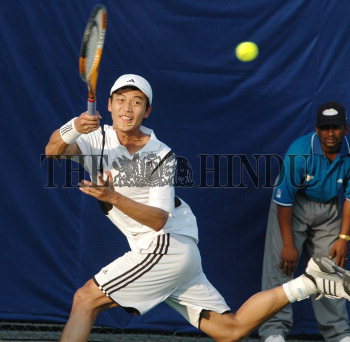 Caption : Yen-Hsun Lu of Taipei, who lost the match, in action against Kristof Vliegen of Belgium (not in pic) during the men's singles second round match in the Chennai Open tennis championship at the Nungambakkam stadium in Chennai on January 6, 2005. Photo: R. Ragu