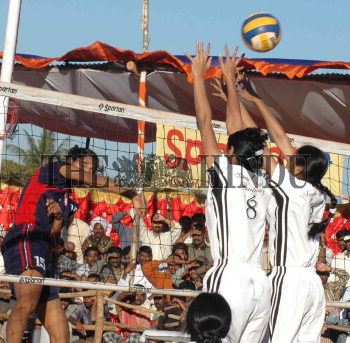 Caption : Southern Railway's Geetha Raju smashes the ball past the defence of Hemalatha (8) and Sridevi of South Central Railway during the women's final of the National super league volleyball at the District Stadium in Hassan on December 26, 2004. Photo: G.P. Sampath Kumar