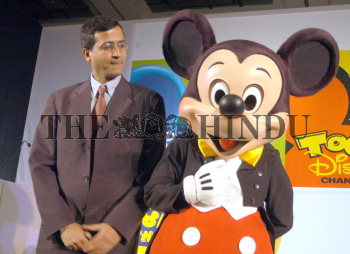 Caption : Mr. Rajat Jain, MD, Walt Disney Television, with the Mickey cartoon character at a press conference to announce the launch of the Disney Channel in Mumbai on December 15, 2004. Photo: Paul Noronha