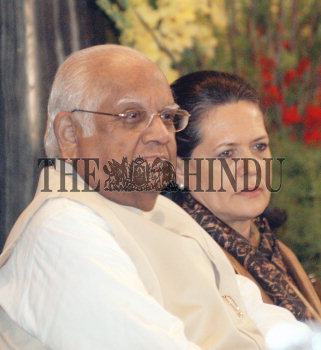 Caption : Lok Sabha Speaker Somnath Chaterjee with UPA Chairperson Sonia Gandhi during the launch of Doordarshan's two satellite CHANNELS to telecast live the proceedings of the Lok Sabha and the Rajya Sabha, at the Central Hall of the Parliament House, in New Delhi on December 14, 2004. Photo: V. Sudershan