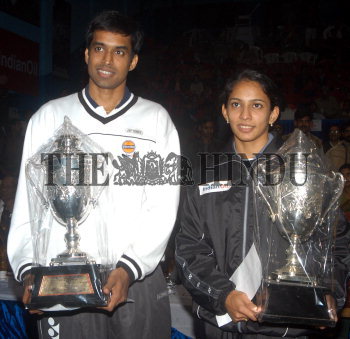 Caption : India's Pullela Gopichand and Aparna Popat, who won the men's and women's singles titles respectively in the Syed Modi International badminton championship, pose with their trophies at the K.D. Singh Babu stadium in Lucknow on December 13, 2004. Photo: Subir Roy