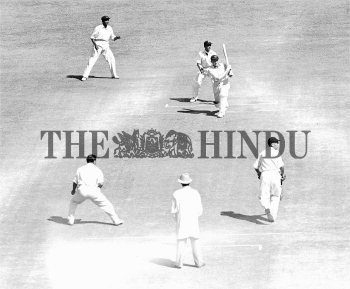 Caption : Commonwealth batsman JC Laker in batting action against Indian bowler Vinoo Mankad during the second test between the Commonwealth XI and India at Bombay on December 3, 1950.