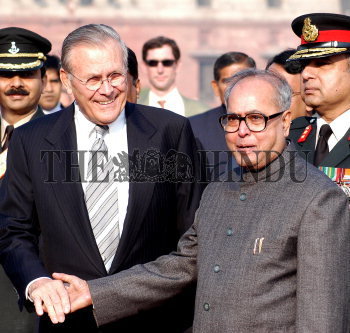 Caption : The U.S. Secretary of Defence Donald Rumsfeld (left), being received by the Indian Union Minister for Defence, Pranab Mukherjee, at the Defence Ministry in New Delhi on December 9, 2004. Mr. Rumsfeld is on a two-day visit to India. Photo: S. Subramanium