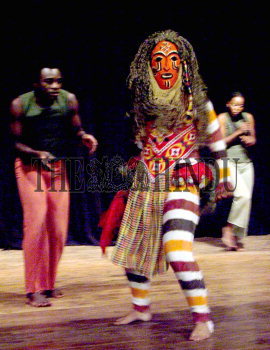 ARTISTS FROM THE CONTEMPORARY DANCE COMPANY OF ANG

Caption : Artistes from "The Contemporary Dance" company of Angola, performing at Bharat Bhawan in Bhopal on November 20, 2004, at a function organised by The Embassy of the Republic of Angola, New Delhi, and the Indian Council for Cultural Relations. Photo: A.M. Faruqui