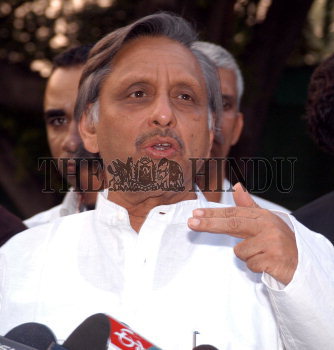 Caption : The Union Minister for Petroleum and Natural Gas Mani Shankar Aiyar, addressing the media after the meeting of the Cabinet Committee on Economic Affairs, in New Delhi on October 15, 2004, when he said the revised fuel prices would be announced by midnight and that the burden will be passed on equally among consumers, oil companies and the government. Photo: V. Sudershan