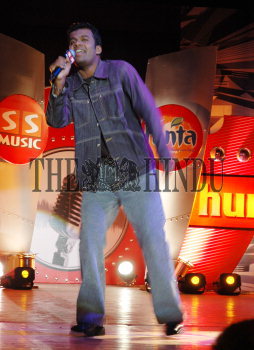 Caption : "FANTA Voice Hunt" organised by SS Music at Egmore Museum in Chennai on September 26, 2004. Southern Spice Music Channel, 24-hour multi-lingual music channel, which started it all with its "FANTA Voice Hunt" exclusively for South India, is now in the city to kick up a musical storm. Photo: S. Thanthoni